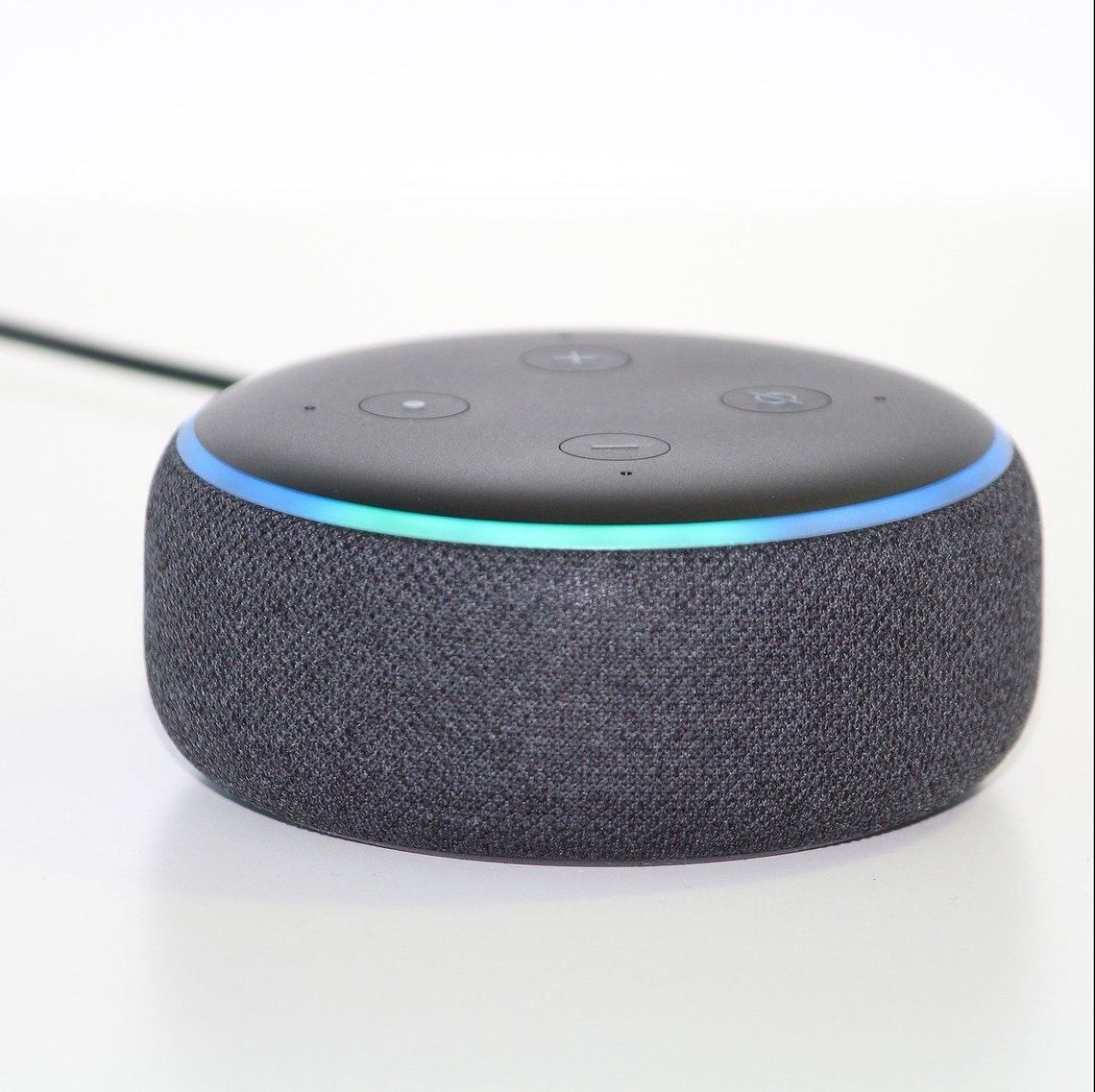 Is Voice Shopping Part of your Future Category Vision?

WHERE ARE WE NOW?

David Bowie was known as a singer and performer who had a passable voice, but he had the ability to use it as an immensely powerful instrument. He was also ahead of his time on a lot of things. He was way ahead of his time when it came to his thinking on the power of the internet. In an BBC interview from 1999, Bowie nailed the journey most of us have been on from initially using the internet only to read and distribute information to where we are now: using all things digital to enrich and enhance our way of living.

““I don’t think we’ve even seen the tip of the iceberg. I think the potential of what the internet is going to do to society, both good and bad is unimaginable……the interplay between the user and the provider will be so in synch it’s going to crush our ideas of what mediums are all about.”

This post relates to the growing use of voice search and how we may be moving towards using it as a credible means to order our groceries effortlessly and seamlessly within the next few years. To build on Bowie’s statement, voice based digital search could, sometime soon, facilitate harmony between grocery shoppers, technology providers and grocery retail organisations.

The use of voice search and voice messaging on mobile phones is about ten years old. When I recently but reluctantly gave in to my daughters’ endless requests for her first mobile phone, the first message she sent was a voice message. She was an instant adopter. What has this got to do with groceries? The fact of the matter is that since the 1990’s, most of us have embraced technology to facilitate the way in which we shop. Online grocery shopping is either a compliment to or substitute for in store grocery shopping. The Financial Times say that online grocery had reached a 7% share of total grocery shopping in Great Britain prior to the Covid-10 pandemic but now report that share has since rocketed to a record 17% share. With online ordering more than doubling in some global markets, adoption is not being driven just by younger shoppers as many sources suggest that a wide demographic spread have now turned towards the channel as a regular means for grocery purchases.

Now consider the adoption rate of the devices that are associated with the “Internet of Things” (IOT).  Jacob Morgan says in Forbes Magazine that IOT can be defined as:

“The concept of basically connecting any device with an on and off switch to the Internet (and/or to each other)”.

The IOT actually has its roots in the consumer-packaged goods arena.  Writing in PoliticoMagazine, Daniel Vinik explains that the first internet appliance of what was to become known as IOT is credited to a Coca Cola machine at Carnegie Melon University.  In 1982. programmers connected a Coca Cola vending machine to the internet to gauge how long it had been since the machine had last been stocked up. Things have significantly moved on since then and the concept of the smart home took hold from the 2000’s onwards. Smart fridges now allow the use of mobile phones to view its contents remotely from grocery stores to see what shopping might be needed. An academic article published in The Journal of Interactive Marketing reports that smart fridges can be of benefit to consumers because they can identify what products are running low and then negotiate with a pre-determined store using API’s to get the best bargain for the consumer in real time. Many smart fridges now incorporate tablet technology that allow grocery assortments to be ordered instantly, as well as providing an array of smart home and entertainment features.  Amazon tried the Dash button with limited success in the US.  When pushed, the Dash button could automatically connect to the grocer, order the requisite product (e.g., washing powder) and arrange shipment to your home.

Our adoption of the smart speaker is perhaps the biggest global move towards IOT technology. The Amazons Echo voice activated smart speaker can recommend several grocery products items and have them delivered using the Amazon Prime delivery service. Then there is the very concept of the Internet of Shopping as pioneered by Amazon’s checkout free grocery stores. According to The IOT Magazine minimal to no human intervention is needed because artificial intelligence allows the shopper to shop seamlessly, using just a smartphone for procurement and payment while AI technology is used to study and analyse shopper behaviour and buying patterns.

So where is this all going? Can we foresee a time when grocery ordering using voice command via smart devices becomes commonplace? Gartner had predicted that global users of IOT devices will hit 26 billion by 2020, up from 900 million since 2009. Yet, Field Agent reported that pre-pandemic just 10% of Americans said they use their smart speakers to purchase anything while less than 3% are using it to buy packaged groceries. According to PWC, in 2019, 52% of British people had no plans to adopt smart home technology in the next 2-5 years.  But maybe things are changing. I carried out some research recently (a pilot questionnaire of sample size 100 so not statistically robust) of which 52% of respondents said they would use a smart speaker to purchase something. 45% said they would be willing to use it to buy groceries.  Some experts think that smart speakers and voice shopping are ready to ‘drive the next wave of grocery e-commerce’. FoodNavigator say that 40% of UK households now own a smart speaker and 60% have used them to make any kind of purchase.  Carrefour and Google have recently launched the first voice-based shopping service in the world, building on the fact that 46% of French people have adapted voice enabled technology. The new service will allow users to build a shopping list using generic category terms like “milk” or by brand name. Machine learning technology from Google Assistant will deduce preferences and voice recognition, if enabled will allow other members of the family to add to the list.  Some brands are also taking the initiative. Bayer have developed an advertisement using Amazon Alexa that will allow the listener to order their Berroca Boost brand via voice command and then have it delivered to their door.

WHAT COULD DRIVE ADOPTION?

Many academics have studied the theory in relation to the adoption of various technologies. The degree to which a person will perceive how useful the technology will be to them is especially important. If a technology is related to a work task and it will enhance job performance, then it is more likely to be adopted. In addition to perceived usefulness, the perceived ease of use is referenced by academics as a common adoption factor (see Davis and Gao & Bai for more). My pilot study revealed that the whole process of voice ordering and delivery would need to be simple and convenient to driver adoption. Some concerns regarding data privacy were also expressed. Carrefour and Google have worked hard to overcome the latter.

But what are the implications of voice-controlled shopping and how could it effect your brands and categories? There are plenty of pros and cons. Large scale adoption would be transformative for category management, potentially negating the need for planograms but reducing the opportunity for brand advertisement from the coveted shelf space in store. Digital strategies would become much more important for category vision and category strategy development. Voice shopping could provide plenty of scope for cross-selling and up-selling category initiatives by recommending complimentary and associated category assortments. From a brand perspective, voice shopping would provide an extra channel to drive brand awareness and engagement. However, as referenced in the academic research, any new technology needs to prove its usefulness. Brands will need to prove the usefulness of voice shopping as well as finding a way to differentiate it from the now conventional online grocery channel. Additionally, marketers would need to ensure that their brand is near the top of the voice search list for fear that the shopper will use a generic category term for ordering instead of a brand name (e.g., “add cheese to my basket”).

There is no doubt that the initial global growth and the adoption of online grocery shopping had been sluggish. The events of the Covid-19 pandemic have changed all that and as people adopt to this way of shopping, along with other direct to consumer options, it is likely that this form of shopping will stick and achieve even further growth. As more and more brands and retailers invest in voice shopping, early adopters may soon become advocates and then continue to diffuse the use of the technology amongst their peers. Brands may gain by investing now to achieve first mover advantage.  However, everyone will need to overcome user data privacy issues as well as proving the convenience and seamless operational aspects of this new way of shopping is worth it. As the needs of the shopper aligns more with the abilities of the technology providers and the strategies of grocery players, we may indeed get a little closer to the tip of that iceberg as mentioned by Mr. Bowie.

Want to learn more? Use our Enquiries page to set up a free consultation.
0
Feed

Strictly necessary cookies
These cookies are essential for visitors to be able to browse the website and use its features. None of this information can be used to identify visitors as all data is anonymized.

Currency
Purpose: To be able to show prices in the currency matching the visitor's preferences.
Duration: 30 days.

Google Recaptcha
Purpose: To be able to validate whether the visitor is human and to limit the amount of spam from contact forms.
Duration: 1 year.
Provider: Google.


Third-party cookies
These cookies collect information about how visitors use the website, like which pages they've visited and which links they've clicked on. None of this information can be used to identify visitors as all data is anonymized.

ga
Purpose: Registers a unique ID that is used to generate statistical data on how the visitor uses the website.
Duration: 1 year.
Provider: Google.

gid
Purpose: Registers a unique ID that is used to generate statistical data on how the visitor uses the website.
Duration: 24 hours.
Provider: Google.

We also integrate with social platforms on this site that allow you to connect with your social network in various ways. Social media integration will set cookies through the website which may be used to enhance your profile on social media sites or contribute to the data they hold for various purposes outlined in their respective privacy policies.